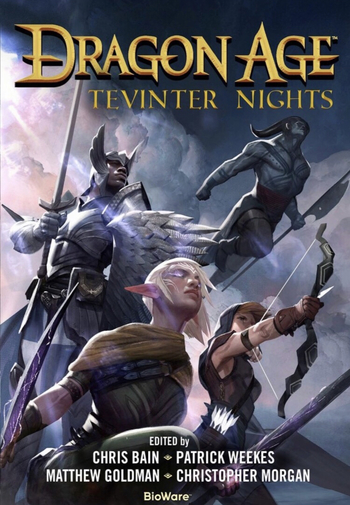 The seventh book to be set in the Dragon Age universe, which was published on March 10, 2020. It alludes to the events of the Trespasser DLC from Dragon Age: Inquisition, where the qunari launched a major invasion of the Tevinter Imperium and the elf Solas was revealed to be the Dread Wolf of elven legend.

Unlike the five previous novels, this is an Anthology of stories by different writers at BioWare. Each story stars a different cast of characters taking part in adventures throughout Nevarra, Antiva, the Free Marches, the Anderfels and, of course, the Tevinter Imperium.