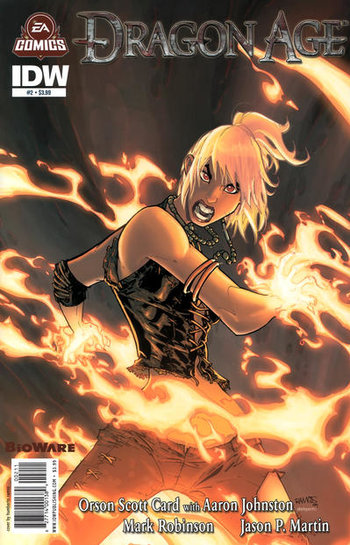 Dragon Age is a six-issue Comic Book mini-series set in the Dragon Age universe but largely unconnected to the major installments of the series (like Dragon Age: Origins). It was written by Orson Scott Card and Aaron Johnston, illustrated by Humberto Ramos and Mark Robinson, and published by IDW Publishing between March and November 2010.

Set in an unspecified period of time, the series follows Gleam, the daughter of a mage born from a forbidden relationship with a Templar. Gleam was raised outside of her parents' world by a blacksmith and develops the same magic powers as her mother.