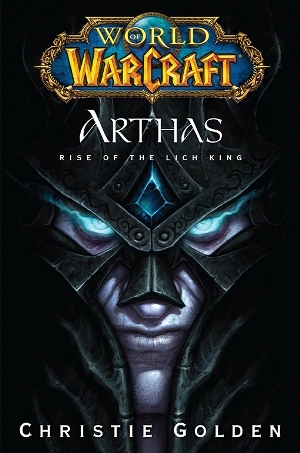 Correctly called Arthas: Rise of the Lich King, this novel chronicles the events of Blizzard Entertainment's Warcraft III: Reign of Chaos and its expansion pack Warcraft III: The Frozen Throne. It also includes the early childhood of Prince Arthas Menethil and events that tie it directly to Wrath of the Lich King. As such, it takes place in the Warcraft Expanded Universe. A novel by Christie Golden, it resolves several plot issues nagging from the World of Warcraft game.