Literature / Beyond the Dark Portal 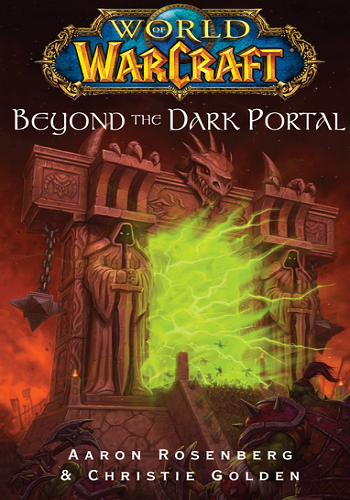 The aging orc shaman Ner'zhul has seized control of the Horde and reopened the Dark Portal. His brutal warriors once again encroach upon Azeroth, laying siege to the newly constructed stronghold of Nethergarde Keep. There, the archmage Khadgar and the Alliance commander, Turalyon, lead humanity and its elven and dwarven allies in fighting this new invasion.

Even so, disturbing questions arise. Khadgar learns of orcish incursions farther abroad: small groups of orcs who seem to pursue a goal other than simple conquest. Worse yet, black dragons have been sighted as well, and they appear to be aiding the orcs. To counter Ner'zhul's dark schemes, the Alliance must now invade the orcs' ruined homeworld of Draenor. Can Khadgar and his companions stop the nefarious shaman in time to stave off the destruction of two worlds?