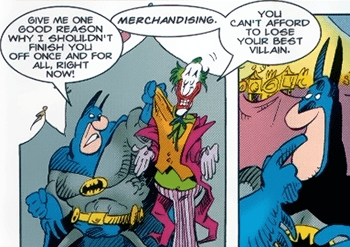 Really, as with Karma Houdini, almost every comic book supervillain will benefit from this trope. Only those who are notably unpopular or have since been replaced by different characters using the same gimmick will be done away with for good (even then it doesn't always stick).