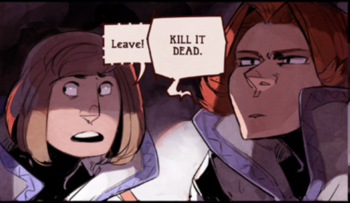 This page has been made compliant with the Spoiler policy that includes not putting spoilers on Moments pages, including Funny.