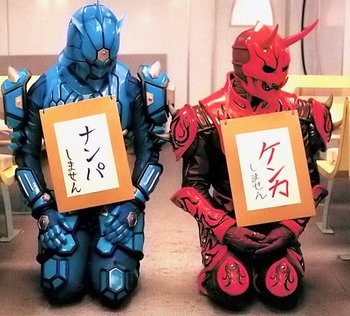 Cool and Unusual Punishment at best towards The Casanova and a Blood Knight. Delivered by a de aged girl no less.
By virtue of being Lighter and Softer and more focused on humor than most Kamen Rider series, Den-O is naturally filled with hilarity.

Movies and Crossovers
Imagin Anime
Others