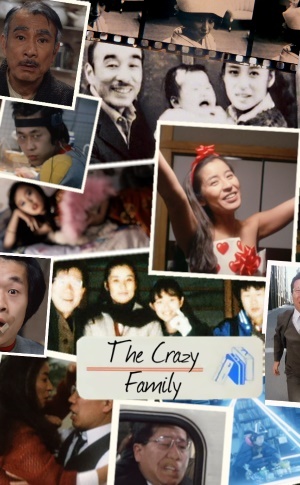 "Yesterday we got out of the inhuman urban area. That's why I think this sickness will soon better itself. Our surrounding has gotten a lot prettier too. now it all depends on me having enough strength."
— Father
Advertisement:

The Crazy Family is a 1984 film directed by Sogo Ishii. The story focuses on a family of 4 who have moved into a new house and who come to adjust to their new surroundings. Unfortunately, it turns out that the family is insane and soon their conflicting personalities begin to cause chaos, especially after their grandfather moves in. The father takes it upon himself to keep them away from an asylum and take care of them himself... by any means necessary.

The movie is something of a cult film, as is much of Sogo Ishii's filmography. It is on Kinema Junpo's list of the Greatest Japanese Films [1]

Tropes buried under the house include (SPOILERS ahead!):