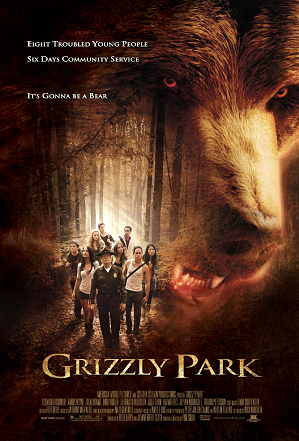 Grizzly Park is an American horror film, released February 8, 2008. It was written and directed by Tom Skull.

Eight troubled young adults are inducted into a rehabilitation program: They will be sent to serve a week of community service for their respective misdemeanors at a national park dubbed Grizzly Park. Little do they know that the guy that should drive them there has been murdered and replaced by an escaped Serial Killer and rapist. And then everything gets a turn for the worse when another serial killer, this time of the Ursus arctos species, appears and decides to pick them for dinner one by one.

Not to be confused with Grizzly Rage, which amusingly, also features a killer bear.