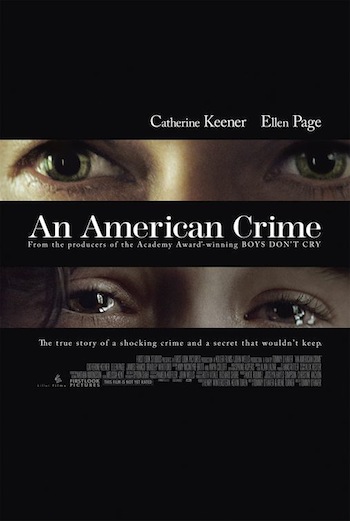 Elliot Page and Catherine Keener star in this dramatization of the real-life story of Sylvia Likens and Gertrude Baniszewski.

In 1965, the troubled Likens parents are forced to leave their teenage daughters Sylvia and Jenny with strangers while they work the season with a traveling carnival. Based on one meeting, father Lester Likens leaves his girls in the care of Gertrude Baniszewski, an impoverished mother with six children and more than enough troubles of her own.

At first things seem okay. Sylvia and Jenny get along well with the Baniszewski children, and Sylvia befriends eldest daughter Paula. But Gertrude begins to resent these strangers amongst her own family, blaming them for all their recent troubles. Gradually her rage begins to focus exclusively on sixteen-year-old Sylvia, who seems to embody everything Gertrude lacks: youth, beauty, spirit, exuberance, hope. All things that Sylvia must be punished for.

For these sins, Gertrude confines Sylvia to the grim, dark basement of the Baniszewski home, where Gertrude, her children, and—eventually—the neighborhood kids gather to "punish" her. Until Sylvia learns her lesson.

That lesson culminated in what state prosecutors later called "the worst crime ever committed against a single person in the state of Indiana."

Released in 2007, the film was released alongside another adaptation of the Likens case, The Girl Next Door. Unlike The Girl Next Door, which is highly fictionalized and takes a great number of liberties with the case, An American Crime is based heavily on the actual trial of Gertrude Baniszewski and sticks more closely to the facts.