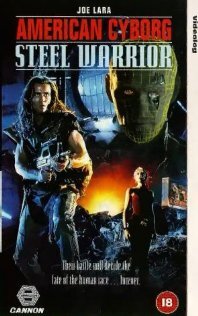 After nuclear war decimates civilization, the vast majority of humanity is sterile and the remnants of civilization are controlled by brutal AI's. The last mother on Earth takes her artificially-inseminated child through a Wretched Hive city to escape the nightmare, but is chased by a cyborg assassin. A warrior shows up to save the two, but he has a secret of his own...

The film was distributed on VHS by Warner Home Video.