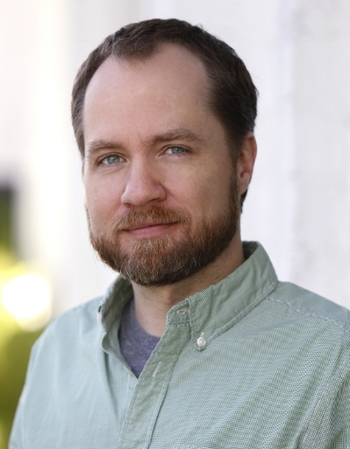 At age 19, Chris saw The Ren & Stimpy Show pilot "Big House Blues" at an animation festival while attending the Detroit Institute of the Arts, and sent John Kricfalusi some of his artwork when he heard that Nickelodeon has picked it up for a series; he ended up being hired as a layout artist at Spumco during the show's first season. Afterward, he worked at various commercial studios for a year before going to Nick's new in-house studio Games Animations to work on Rocko's Modern Life, and he was soon became the chief character designer for the show.

In 1997, he began a decade-long association with Cartoon Network as a storyboard artist on shows like Dexter's Laboratory and The Powerpuff Girls; he would later became the showrunner for those shows as well when their respective creators left to pursue other projects. After a brief run at Nickelodeon, Chris went over to Disney Television Animation, where he executive-produced and directed the entirety of Kick Buttowski: Suburban Daredevil.

In 2013, Chris went back to Nickelodeon Animation Studios to join their Artist Collective, where he and other animation veterans train and mentor newcomers to the industry. While there, he pitched The Loud House, a short based on his experiences growing up in a large family, to the studio's annual Animated Shorts Program; the concept ended up being greenlit for a full 13-episode season, the first short from the program to get the series treatment.

In October 2017, he was suspended and subsequently fired from Nickelodeon following revelations of historic sexual harassment towards female co-workers with threats of blacklisting them from the industry if they didn't accept his advances that go as far back as 2004. Savino is the second Nicktoons creator fired from their own program, after John Kricfalusi who, ironically enough, was the first to hire Savino back in 1991 for Ren and Stimpy.note Though the circumstances were way different. Incidentally, months after Savino's firing, Kricfalusi would also be accused of sexual crimes that essentially ended his career.

In May 2018, he became the very first person to ever be suspended from the Animation Guild of Los Angeles as a result of the aforementioned sexual allegations. This has resulted in him being officially blacklisted from the animation industry for one year, must donate $5,000 to a charity (which has to be picked by the members of the Guild that accused Savino in the first place), has to complete 40 hours of community service and partake in ongoing counseling and receive a certificate of sexual harassment training.

In September and October 2019, two years after his termination from Nickelodeon and his last public statement about the matter, Savino resurfaced in an interview and an audio recording from a church gathering. In both, he acknowledged the truths about these allegations and the pain he's caused to his victims, along with his family, friends, colleagues, and those who had looked up to him. Chris additionally states that he's now a born-again Christian and has written several novels, cartoon pitches, and pilot scripts in hopes of one day getting a second chance in the industry. His website can be found here

Since then, he has published several books, including the children's novel Coal: A Cautionary Christmas Tale and nonfiction guide Writing Cartoons in 4 Acts (Or How I Learned to Stop Worrying and Love the Midpoint). He has also made the newspaper comic strip For Brothers.

Shows he worked on:

Chris Savino and his works provide examples of: