Comic Strip / The Outrageous World of Alex and Charlie 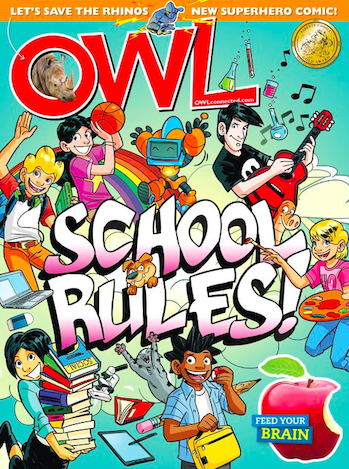 A comic that has run in OWL since the early 2000s. It is written by Brian McLachlan (early strips by Emily Andras) and drawn by Claude Bordeleau.

The comic follows the everyday lives and antics of twins Alex and Charlie and their friends.

Starting with the March 2021 issue, the comic was renamed to The Spruce Street Squad.