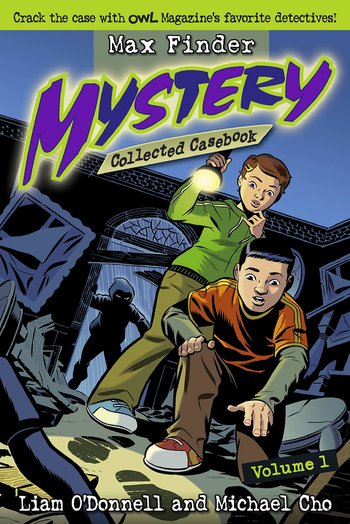 Max Finder Mystery is a comic that ran in OWL starting in 2002. It was created and written by Liam O'Donnell and drawn by Michael Cho, and later written by Craig Battle and drawn by Ramón Pérez.

The comic follows seventh-grader amateur sleuth Max Finder and his best friend, aspiring journalist Alison Santos as they investigate disturbances around their school and hometown. Each story is four pages long; at the end, the reader is invited to solve the mystery along with the characters, with the answer being given on another page.

The comic has been collected in the Max Finder Mystery Collected Casebook volumes, which include bonus material.