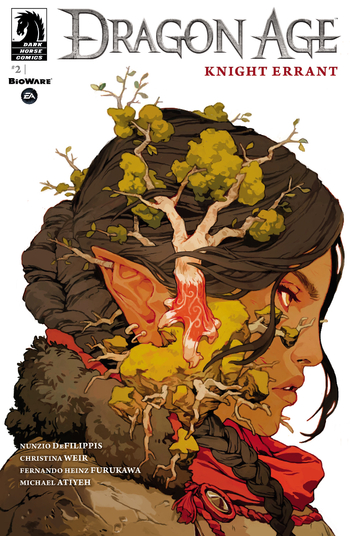 Knight Errant is the fifth comic book mini-series in the Dragon Age franchise to be published by Dark Horse Comics. Set after the events of Dragon Age: Inquisition, the story follows the elven cat-burglar Vaea who travels Thedas posing as the squire to the title character, a wandering Fereldan knight named Ser Aaron Hawthorne.

Not to be confused with the Star Wars: Knight Errant comic book series.