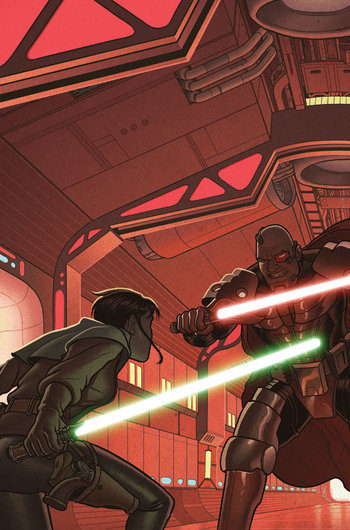 Set 1,000 years before The Phantom Menace, the series stars Jedi Kerra Holt, who ends up stranded deep behind enemy lines during the New Sith Wars. Cut off from the Jedi Order and the Republic, Kerra is faced with the question of just what one lone Jedi can do against a galaxy that's falling apart.

Now has a character sheet. Not to be confused with Dragon Age: Knight Errant comic book mini-series.