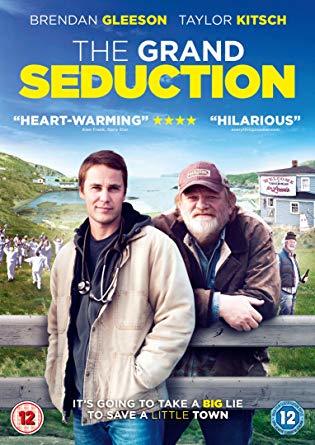 The Grand Seduction is a 2013 Canadian film directed by Don McKeller based on a French-Canadian film, La Grande Séduction.

The town of Tickle Head, Newfoundland and Labrador was once a proud fishing community back in the days when cod fishing was a prosperous, booming industry. However, since the cod fish ran out, business in town has dried up. Nowadays, the townsfolk get all their money from welfare checks, and most of the young residents have left for work in St. John's across the bay.

However, not all hope is lost for the residents of Tickle Head. The mayor has been negotiating to have a petrochemical facility built in the town. However, one of the conditions is that the town needs a doctor, which they've been trying to obtain (unsuccessfully) for the past 8 years.

Lucky for them, they eventually find their doctor when Dr. Paul Lewis (Taylor Kitsch) is detained at the airport after cocaine is found in his luggage. The agent, the former mayor of Tickle Head, agrees to overlook this discovery if Paul will live in Tickle Head for one month.

From there, Murray French (Brendan Gleeson) convinces the rest of the townsfolk to try to "seduce" Paul into wanting to stay in Tickle Head, permanently, thus ensuring that the town gets the facility. With that plan in mind, the townsfolk go along with his plan to make Tickle Head Dr. Lewis' kind of town.

The Grand Seduction contains examples of: