Film / The Gospel of John 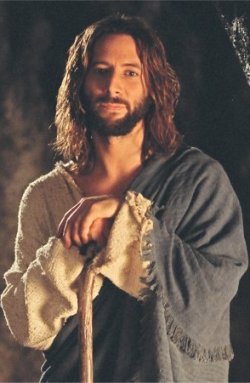 Is that Desmond from Lost? ...Oh.
Advertisement:

The Gospel of John is a 2003 film dramatization of the life of Jesus as found in The Bible. It stars Henry Ian Cusick as Jesus and is narrated by Christopher Plummer.

The film is strictly based on just one of The Four Gospels, namely the Gospel of John. The events, structure, dialogue and narration are taken virtually word-for-word from John using the Good News Bible translation. No part of the text is skipped, unlike other Jesus films such as The Greatest Story Ever Told, King of Kings and Son of God which combine, condense and expand upon the accounts in the Gospels. As a result, it's three hours long.

See also Jesus, a 1979 film based word-for-word on the Gospel of Luke, which also uses the Good News Bible translation.