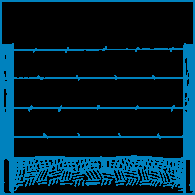 Characters who appear in the Dystopian future of 2036. Only new characters, or characters exclusive to this year will be listed here. 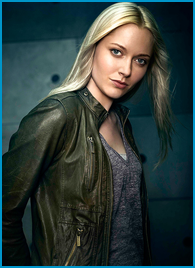 "I knew I wouldn't give up... until the Observers had gone."

"He's a native. My jurisdiction. Sorry he acted out, Captain Windmark. I mean, you could wipe him, sure, but then there's the inquiry, the paperwork. Club gets shut for two days, and I, for one, lose a hell of a lot of kickbacks."

A Fringe agent in the year 2036. She is secretly working with Simon Foster as part of the resistance against the Observers. She's the daughter of Peter and Olivia. 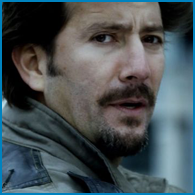 "It's a myth, 'Etta. The original Fringe team didn't vanish. They aren't missing. They died twenty years ago. They aren't coming back to save us from the Observers. They aren't in a desert or, Peru, or immortal."

A Fringe agent in the year 2036. He reports directly to Broyles (who reports to Windmark), but is in truth the leader of the resistance movement against the Observers. Using his inventions, he liberated Walter from amber stasis and proceeded to free the rest of the original Fringe division.

He ended up getting trapped in amber himself while he was freeing Peter. 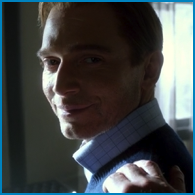 "Destiny can be changed. But you have to have the will to change it... even if it requires sacrifice."

First Appearance: Season 5, Episode 6, "Through The Looking Glass And What Walter Found There".
Episode Appearances: 5 of 100

A mysterious man first hinted at by Edwin Massey - he was essentially the first one to have arrived at their camp looking for the rocks Walter needed, but was taken away by the Invaders. However it turns out that Donald may be far more instrumental to Walter's plan than anyone had realized before. That said, all of Walter's memories regarding Donald were erased by Windmark.

Who Donald really is and what is his role in everything has yet to be fully revealed. Is revealed to be September himself, in fact. Albeit...different. With hair. After helping Walter establish the plan he was eventually captured by the Observers who "interrogated" him for some time. After being deemed a low class threat he had his Observer tech removed, was biologically reduced to a normal human and was sent back to 2015 where he lived his days in Brooklyn until the Fringe team found him.

For mores tropes on September, see his section on the Observers page. 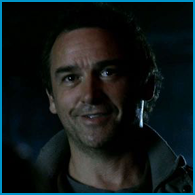 "Before going on a journey of revenge...dig two graves.
"

"Killing our enemies is one thing. Saving the world is another."

The current leader of the resistance after Simon's death. Like Simon, he is also responsible for designing much of the technology the resistance uses and directly heads up their headquarters. 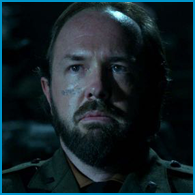 "Do you really think you can win?"

"You were right about me. I became a Loyalist because I’m a coward."

A loyalist captured by Etta while breaking into Harvard. 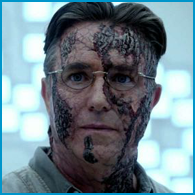 "There's a lot more to the word 'coward' and the word 'hero' than you think."

The leader of a group of humans dedicated to recording all of human history following the Invasion. Despite being exposed to a skin calcification condition, he (and they) diligently continue their work. 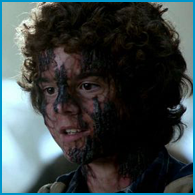 "You fought them when they came. You didn't hide like we did. You're heroes."

"A hero died today, sacrificing himself in order to get the Fringe Team resources they need to save our world. Edwin Massey, the Recorder of History, made history." 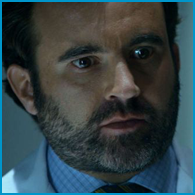 "I don't report directly to Nina Sharp, but indirectly, sometimes I do."

Nina Sharp's second-in-command and a key member of the Resistance. He is largely responsible for providing both equipment and facilities to the Resistance. A huge admirer of Walter's.