The Observers / The Invaders 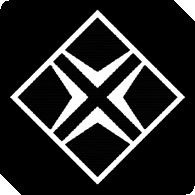 The Observers are mysterious individuals who appear at Pattern-related events and other important moments in modern human history. At first sight, they appear to be ordinary citizens, although bald and lacking eyebrows. Their ultimate purpose remains an enigma, however, for now they simply remain at an arm's length of the series' goings-on, and very rarely get involved. It is assumed that they do not follow the natural rules of logic and space-time, as they seem to travel and perceive time simultaneously, rather than at any given moment.

In The End of All Things, a partial origin of the Observers was revealed at last: They are a team of scientists from a very far away future, and something akin to hyper-evolved humans who have access to technology and methods to essentially displace themselves from both time and space - this lets them view and experience everything everywhere, from the beginning of time itself to the infinite number of possible futures. That said, this sect of Observers is merely a singular, scientific cell... In "Letters of Transit", the almost full history of the Observers has been revealed. In the year 2609, Earth has become completely incapable of supporting life, and their race of hyper-evolved humans essentially traveled back in time, seeking an optimal period where they can settle down. In the year 2015, their invasion began and by 2036 they have completely occupied the world under a totalitarian rule. At this point in time, only the original Fringe team refer to them as "Observers" while everyone else only knows them as "Invaders." What they call themselves however is unknown.

In the fifth season's 11th episode, The Boy Must Live, Donald reveals the true origins of the Observers: In the year 2167, a group of scientists have perfected a method of essentially re-wiring the human brain, exchanging one function of the brain to enhance cognitive functions and intelligence. At first, it started with negative emotions such as jealousy and rage. But over time as humans became more intelligent, they started wiping out additional emotions to maximize their intelligence. Eventually, over the course of several centuries the human race ultimately evolved into the Observers/Invaders as we know them today.

Tropes associated with the Observers: 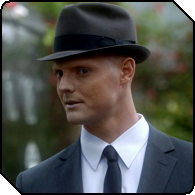 First Appearance: Season 4, Episode 1: "Neither Here Nor There"
Episode Appearances: 1 of 100

One of the Observers. He was together with September in a crowd when Olivia met with Lincoln Lee for "the first time." He noted how she had forgotten him due to Peter's sacrifice. 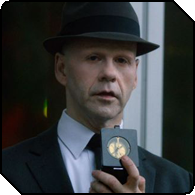 "I think we have located it."

"It appears that September did not obey your instructions. The boy is back. Peter Bishop has returned."

An Observer who was tracking Neil Chung's bizarre murders via a toxin from the future. At the end of the episode, he recovered the future-viewing device, and made the realization that it was the same device that September dropped in 1985 when he rescued Walter and Peter. 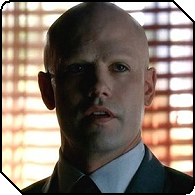 "We have a situation with August."

"Do we know why he failed to carry out his instructions, why he did not erase the lingering traces of Peter Bishop from this timeline?"

An Observer. His only known action thus far was to have been reporting on August's misconduct. 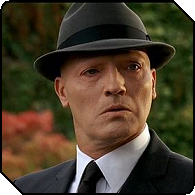 "You have changed the future. You have created a new set of probabilities."

The first known Observer to be referred to by a name, he is also the one who made Fringe Division aware of the fact that there were more than one of them. August foresees a plane crash and abducts Christine Hollis, whom he cares for because he saw her reaction to the death of her parents when she was young, to keep her from getting on the flight that will kill her. This is not something he was supposed to do, as Observers are forbidden to interfere, so he is then forced to prove Christine's importance to the universe before the other Observers kill her to correct his mistake, 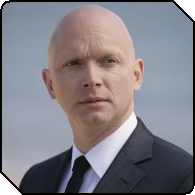 ""Olivia... I came to tell you... I have looked at all possible futures... and in every one, the result is the same. You have to die."

The first known Observer to be identified, his presence has been linked to virtually almost every Pattern case recorded - simply being there and observing. Furthermore, evidence has suggested that he has appeared in events far pre-dating the Pattern - some dating back several hundred years. Who, or what the Observer really is is unknown, nor are his overall goals. 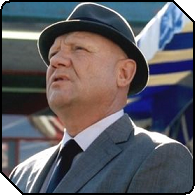 "Look how happy she is. It's a shame things are about to get so hard for her."

"He will surface again. And when he does, he will have to face the consequences."

The oldest of the Observers, he is the leader of the time-traversing science expedition. 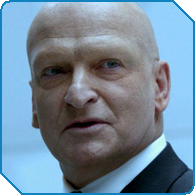 "The fugitives are inconsequential."

"We chose this time of history for a reason: a 99.9999% probability that we will succeed."

The individual Windmark answers to, and the apparent leader of the entire Observer nation in 2603.

Tropes associated with The Commander:
Windmark 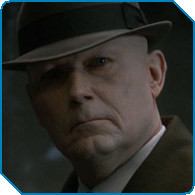 "Bite my hand and I will put you down."

The fifth season's Big Bad. He is the Observer overseeing the "native occupation" in the year 2036. Philip Broyles and the rest of Fringe Division are under his direct and callous command. He considers humans as nothing more than "animals" and will do anything to maintain control and order. 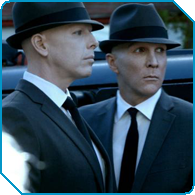 "You have a meeting. You can't be late."

Windmark's highest ranking officers; for security, they usually work separately to carry out his orders. During a rare meeting when the two met, Peter took advantage of it and killed them using the original ZFT's flesh-eating toxin. 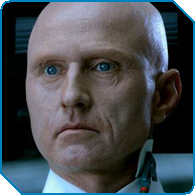 "You don't even know what you don't know."

An Observer that was successfully captured by Anil's team. Anil didn't have much luck getting any information out of him despite keeping him relatively confined, so he called in Peter to interrogate and torture him. Peter didn't get any information out of him either. However, he did kill him and strip him of the tech that gives Observers super-human senses and abilities and used it on himself.

Tropes associated with the Prisoner: 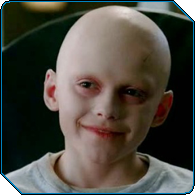 A mysterious bald child found in deep beneath a building structure in New York. He displayed unexplained empathic abilities that attracted the attention of the Fringe Division and helped them catch a serial killer. In the process he made a strong bond with Olivia, despite not speaking. Throughout the case, he was apparently being pursued by a CIA agent, and managed to catch September's attention as well.

He is September's genetic son, and the ultimate key for the plan to destroy the Observers. An anomaly in their kind's genetic chain of consistency, his brain developed differently in that he is an empath capable of both retaining high intelligence and emotional function - in a way, he makes Observer technology and established order obsolete. By being sent into the year 2167 and showing the team of scientists that are the ultimate progenitors of the Observers that intelligence and emotion can coincide, he can reset the future so the Observers and ultimately the Occupation never happens.

Tropes associated with the child: