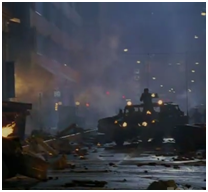 This character sheet is for the characters shown in the Bad Future episode of "The Day We Died". This future is what would happen if Peter chose to use the Machine to destroy the Alternate Universe.

Beware! Unmarked spoilers ahead, so don't read if you didn't watch season 3.

Tropes found in the Collapsing Future:

Leader of Fringe Division in 2026.

The niece of Olivia, Ella has recently joined the 2026 Fringe Division. 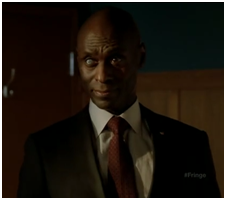 "The entire globe is disintegrating, we're running around putting on band-aids, and every day more people are lost because of it and Walter is responsible."

The former head of Fringe Division, Broyles is now a US Senator.

"Considering your world was destroyed by a wormhole, I suppose it's fitting." 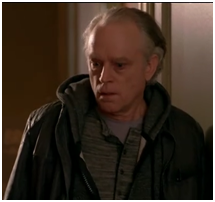 So...what's the next target?

The public leader of the End Of Dayers.

One of the last survivors, if not the only survivor, of the Alternate Universe. Walternate is determined to destroy the Prime Universe for retribution.