Characters / Cherno Alpha vs. the World

Characters from the roleplay Cherno Alpha vs. the World. 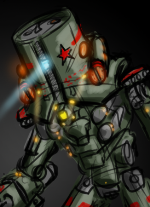 Near enough to the protagonist of the roleplay. Cherno Alpha is the only surviving T-90 Mark I Jaeger in Russian service, and continues to fight in humanity's stead. 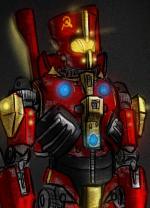 The 5 most dangerous Kaiju in Japan, marked for death in the future.

Warning: Everything under here is a big spoiler.
General
Mark 6. 0