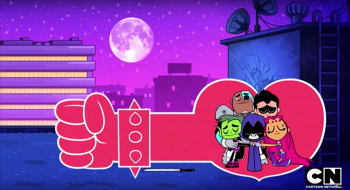 Yes, the Titans weaponized the Power of Friendship.