This show, a Tear Jerker? The Joker would sooner get a Heartwarming sub page. Wait... 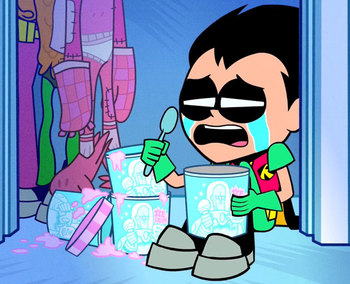 Why so sad Robin?