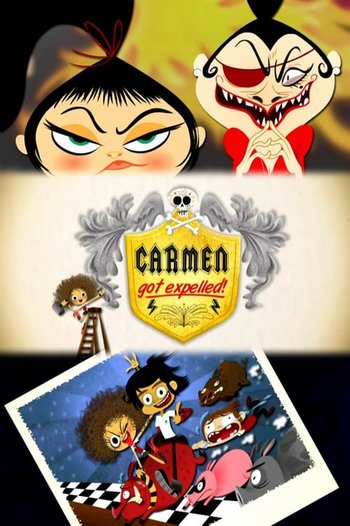 Carmen Got Expelled! is a pilot by Jorge R. Gutierrez and Sandra Equihua of El Tigre fame. It was pitched to Disney but they declined the show.

The pilot stars Carmen, a teenage girl who has gotten expelled several times in her life. After being expelled from another school Carmen gets transferred to a private academy. This is Carmen's one last chance at schooling. She just has to stay out of trouble until she finishes school.