Webcomic / Cheese in the Trap 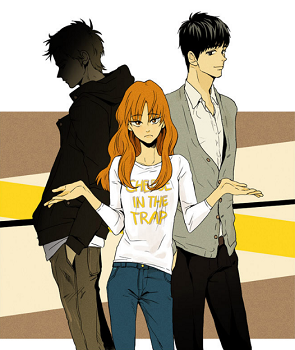 Cheese in the Trap is a Korean Web Comic by Soon Ki.

Hong Sul is an ordinary college student. Yoo Jung is the most popular upperclassman. He's good looking, rich, smart and even nice. However, Sul thinks there's more to Jung than meets the eye...

To read scanlations (up to Season 3), go here

. To read the Korean version on Naver, go here

. A legal English version on LINE Webtoon is here

It was announced in January 2015

that the series had been optioned for a possible live action option. The television adaptation aired on tvN in Jan-Feb 2016 for 16 episodes.

The Tropes associated with the series: