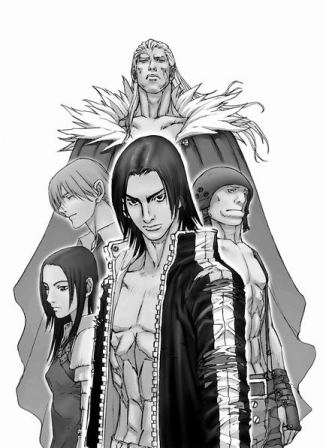 Chonchu (Chunchu or Chunchou in some translations) is a 15 volumes South Korean Manhwa that was published from 2000 to 2004, written by Song-jae Kim and drawn by Byung-jin Kim.

A young man named Chonchu has a stone set in his chest that marks him as a demonic being. Having been abandoned by his family, he managed to survive by being taken in by a low-born warring tribe known as the Myrmidons, with whom he can quench his demon stone's thirst for battles. But even they cannot trust him due to his tendency to fly off the handle at random and thus becoming dangerous, even to them.

In a time of chaos and war, a godforsaken era, twin sons are born to an emperor. But legend states that the son of the emperor shall be born a demon! But twins? Who is the demon, and who shall reign as emperor?

Saved from death by his mother, banished by his people, hunted by his brother, and tortured by his Enemy Within, Chonchu struggles to be accepted among his peers as a human being. But something mysterious lurks within his cold exterior, something that could be awakened by the touch of a woman.

Despite its status as a classic of the Manhwa genre, Chonchu is an Orphaned Series whose second part never came into being.