Manhwa / Chronicles of the Cursed Sword 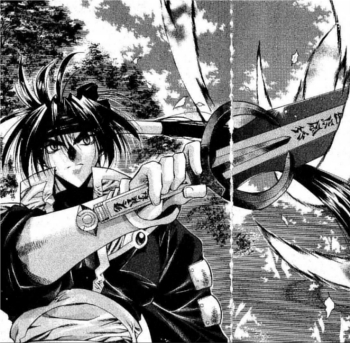 A manhwa starring Rey Yan, a seventeen year old boy who wields the Pasa sword, which grows in power whenever it drinks demon blood. The story follows him as he hunts demons, learns sword techniques from an old master, and creates general havoc for the demon and heavenly realms.

Ultimately, Rey is part of a plot devised by the demonic Prime Minister Shiyan and Shiyan's brother to overthrow the Demon Emperor before said emperor gains control over all three realms, but he has some personal issues to deal with first.