is a Original Character Tournament on deviantArt 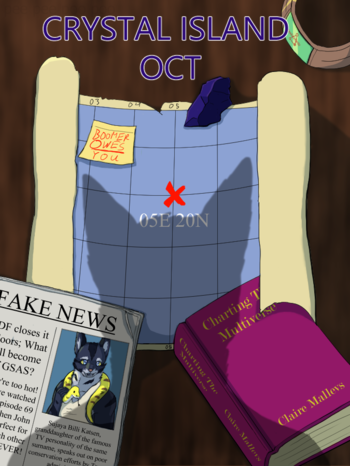 A wealthy treasure hunter and highly decorated adventurer, Derek Saline, is offering the chance to join his expedition to retrieve a sample of a legendary crystal that is said to grant anything your heart desires.

The only catch? Derek gives an all-knowing smirk when he asserts that there's only enough of this rare specimen for one person to fulfill their dreams. Thus, you will have to compete against other individual agents, who all wish to lay their hands on this crystal.

What are you willing to endure, so that you may have the power to fulfill your heart's desire?