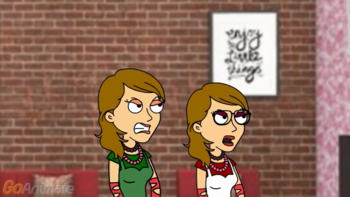 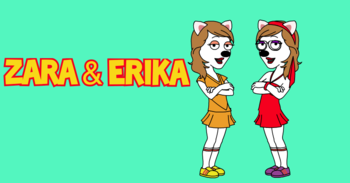 Zara and Erika is a GoAnimate franchise series. The series focuses on sisters Zara, Erika, and Annabelle, who belong to the ever so dysfunctional Dawson Family. They go on crazy adventures while trying to stay out of trouble. The Zara and Erika series can be traced back to 2012, when a user named Krysalis spawned the Zara character on his Zack Gets' Grounded series. LouieLouie95 gave Zara her own series, as well as her sister Erika, which spawned countless Zara and Erika series in the GoAnimate community, including the Adult Mall, Michael Mixer Mason, and LDF Enterprises's editions.

In General, this franchise provides examples of: