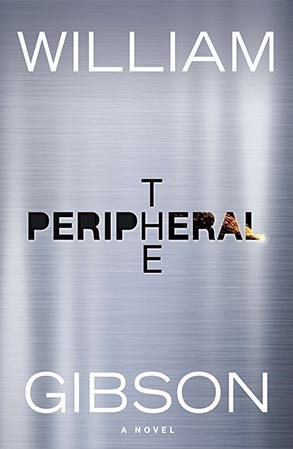 The Peripheral is a 2014 Cyberpunk science fiction mystery-thriller novel written by William Gibson. Set in multiple futures, it tells the story of Flynne Fisher, who takes a job piloting a security drone in what appears to be a video game, but is actually the future (or rather, the further future). To make matters more complicated, she witnesses a murder and now someone's trying to kill her in the past while she must connect to the future through a cyborg-like avatar called a peripheral to help her employers in the future solve the case. It's a lot.

This is Gibson's first sci-fi novel since All Tomorrow's Parties in 1999, and combines multiple genres such as time travel Science Fiction, cyberpunk/postcyberpunk, Whodunnit, and the thriller. The sequel, Agency, set in yet another Alternate History, was released in January 2020.