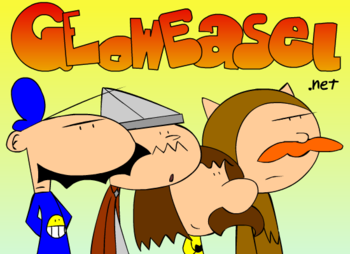 ) is a web cartoon series by Niko Anesti focusing on the exploits of The Big Weas and his team as they (ostensibly) try to take over the world.

The cartoon officially started on March 1, 2005, though some cartoons had been made late the previous year and it originally had its start as a Super Mario Bros. 3-based sprite comic and, later, a hand-drawn comic in 2002. It draws heavy influence from the cartoons on Keen Toons.