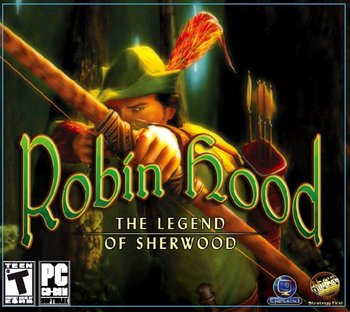 Robin Hood: The Legend of Sherwood is a 2002 Real-Time Strategy Stealth-Based Game based on the classic story of Robin Hood.

It was developed by the German studio Spellbound, who created Desperados before. Like Desperados (which was released the year prior), it utilizes a 2.5D engine with quick action queuing and the ability to see enemy vision cones.