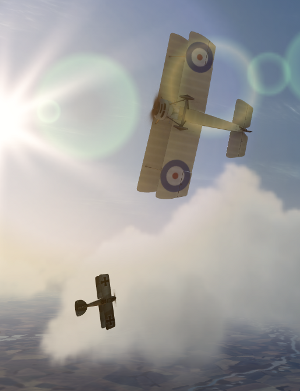 Circling with the dastardly Hun...
Rise of Flight is a World War I flight simulator published by 777 Studios

Available for free with three aircraft (the French SPAD C.XIII, the German Albatros D.Va, and the Russian Niewprt.17 C1 RUS), with nearly every other aircraft that served over the Western and now Eastern Front available as DLC.