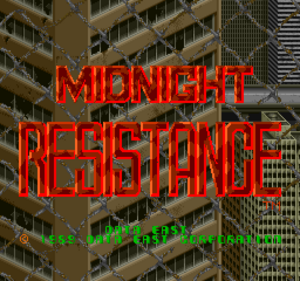 You play as one or two resistance soldiers, whose family has been kidnapped by a mysterious villain called King Crimson, including their grandfather, who is a scientist, and he's being forced to build a doomsday superweapon for them.

The game was first made for Arcade Game systems and then ported to various platforms in 1990. It is an instant fireworks show with a lot of fast-paced action, unique enemies and bosses. The original arcade version made used of a rotary joystick similar to its predecessor Heavy Barrel, allowing for separate controls for aiming and moving.