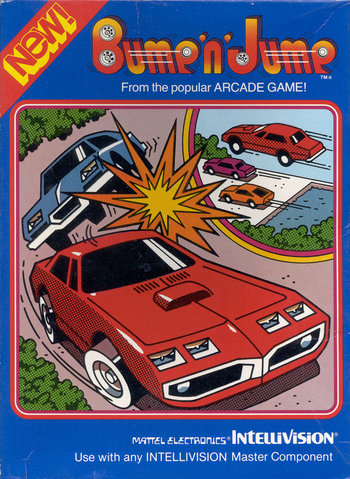 Bump 'n' Jump, known in Japan as Burnin' Rubber (バーニンラバー Bānin Rabā), is a 1982 Japanese arcade game created by Data East Corporation, released as both a dedicated board and as part of their DECO Cassette System. The game was published in certain regions by Bally/Midway.
Advertisement:

It was ported over to the Atari 2600, the ColecoVision, and the Intellivision by Mattel Electronics, and to the NES by Vic Tokai.