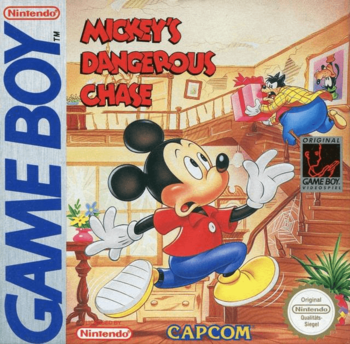 Mickey's Dangerous Chase, known in Japan as just Mickey's Chase, is a Platform Game released by Capcom for the Game Boy in July 1991. The "plot" features Mickey Mouse on his way to deliver a present to his girlfriend Minnie until Pete steals it from him. Now Mickey and Minnie must chase after Pete and get her gift back.