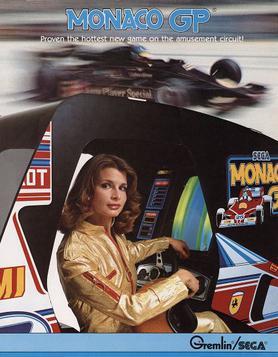 Monaco GP is a series of racing games from Sega based on Formula 1. Unlike their other games like Hang-On or OutRun, Monaco GP focuses on simulating realistic track racing in single-seater, open-wheel cars.