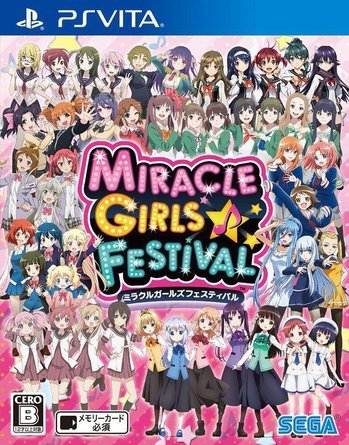 Miracle Girls Festival (ミラクルガールズフェスティバル) is a crossover Rhythm Game developed by Sega for the Playstation Vita. It was released in Japan on December 17, 2015.
Advertisement:

The game uses the same engine as the Hatsune Miku: Project DIVA series of rhythm games, and features characters and songs from the following Japanese anime series: