Genderfluid Troper from Colorado. Has Asperger's Syndrome (no, it's not self-diagnosed).

I'm also into typography, and I'm probably the only troper who owns a copy of the 1923 American Type Founders Specimen Book.

I have also added images to these pages (most of them are logos, most taken from Wikipedia):

These days I am more prominent on our forums, mainly the Yack Fest section. I also maintain a site that spun off from a thread there.

I've refrained from doing something like this because I found it a little self-indulgent, but I've decided to bite the bullet and do it anyway (it'll keep expanding). There are two "selves" here, for I (intentionally or not) come off very differently on the two sides of the site:
open/close all folders
Advertisement:
Tropes I Think Apply To Me (Wiki-Self/In General)
Tropes I Think Apply To Me (Forum-Self)
Things I Like
A List Of My Sockpuppets (not necessarily complete)

Note: none of these fit the real definition of Sock Puppet, as in someone pretending to be a separate user. These are only used for goofing around on the forum.

Brazil Nut Disorder, A Page That Made No Sense 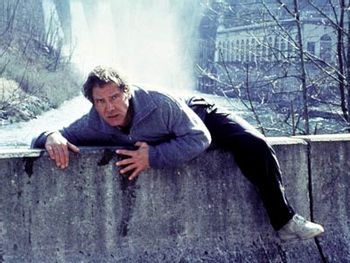 It's kinda complicated, and filled to the brim with satire.

To start: SOMEONE made a stupid mistake. Or maybe they just were in the wrong place at the wrong time. Really, who cares?

Well, this can pretty much go three ways:

Eventually (usually), the fact that It Was All A Misunderstanding comes to light. The government/whatever is approached with the evidence.

Guess how they react (usually).

There's just so much bureaucracy, too much stupidity to get around.

This disease can come in three different forms of severity:

Minor mistake, usu. on the part of the victim, usu. leads to imprisonment, often in The Asylum. Not much damage is done, but it's still screwed up.

The victim actually may be somewhat responsible here. There's reasonable suspicion. But through red tape, Hobbesian human nature and such, they won't listen to the truth. This may actually do damage, and is where a Gardener Contract may come in in more severe cases.

This usually applies to Planets Eris and Crapsack Worlds Everything comes down at once, repeatedly. Chaos, horrible, hilarious chaos, uncovering the distrubing flaws, Blah, Blah, Blah, You Get The Idea.

Actually, no. You don't. I'm making it sound simpler than it is. I'll try to use some more applicable or related terms:

So, with that vague, incomplete, nigh incomprehesible description, I hope you'll understand how it works and will be able to help once I list the

Advertisement:
Root BEER
Paige: Mm-mmm! Nothing like an ice cold root BEER!
Peter: Yup. A root BEER sure hits the spot after school!
Paige: You know, I may even have two root BEERS, I'm so thirsty!
Jason: Say, are you two talking about root BEER?!
Peter: Why, yes, we are talking about root BEER!
Jason: What a coincidence! I was just thinking to myself how good this root BEER tastes!
Roger: Remind me to never again tell the kids what I'm giving up for Lent.
—FoxTrot
Let's just say it "moved" me... TO A BIGGER HOUSE! Oh, Crap!, I said the quiet part loud and the loud part quiet.
—Krusty the Clown, The Simpsons

Okay, so technically, you don't want to lie. Problem: you're too stupid for double entendres. Well, if you whisper a modifier within your statement, hey, y'ain't goin' to Hell!

[[ folder]]
The Trash Heap of the TV Tropes Forum.

On March 20, 2010, in an attempt to quell the shitposting in the old "It Just Bugs Me!" subforum (to no avail), Glenn Magus Harvey created a thread in Yack Fest, named "The Trash Heap of the TV Tropes Forum.". Only two rules were imposed; in a nutshell, one should refrain from making too many posts at a time and one should refrain from making overly-long posts, lest the thread run the risk of deletion/mod intervention.

It was not popular in its early days, however, and would frequently fall off the first page. Then-relative-newbie Anonymous User was quite taken with its premise, as he had longed for a place to post all the nonsense/inanity he wanted to, and resented the thread's unpopularity (though he would realize in retrospect that IJBM was where all the shitposting went). In June of 2010, he "purchased" a significant chunk of Disney's broadcast outlets (e.g. ABC, ESPN), and from there many of his posts were about the absurd directions he as a businessman would go in next.

It was not long before the purchase that Imipolex G came in, but only afterward did he ask Anonymous User if he did not want the thread to die.

The last to come along was Central Avenue. These four posters, though not the only ones in the thread, dominated it for months and bonded over a shared love of nonsense.

If you want to edit my page, do it in this space.