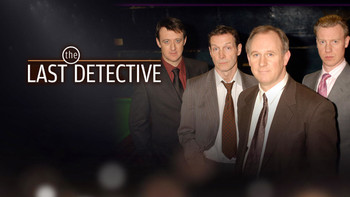 British mystery series starring Peter Davison as Detective Constable (DC) "Dangerous" Davies; based upon the novels and characters of Leslie Thomas. Davies is a gentle, somewhat old-fashioned officer who clashes with his Jerkass colleagues, and is a rare example of a Butt-Monkey protagonist, facing a separation with his wife and various incidents of ill-luck along with his colleagues' taunting. Despite this, he is a clever detective and always solves the case, often aided by his genius slacker friend Mod.

There had previously been a Made-for-TV Movie called Dangerous Davies, the Last Detective starring Bernard Cribbins.