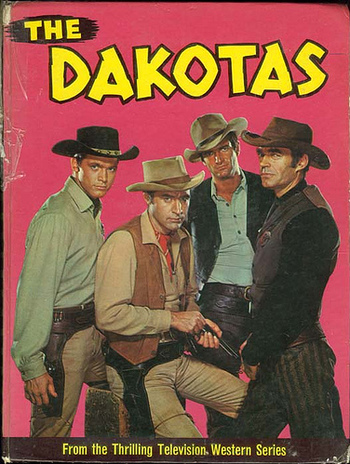 The Dakotas is a western television series that ran for only 20 episodes on ABC in 1963. It starred Larry Ward as Federal Marshal Frank Ragan, and Jack Elam, Chad Everett and Mike Greene as his three deputies: JD Smith, Del Stark and Vance Porter. The show followed Ragan and his deputies as they tried to keep law and order in the Dakota Territory.

Noticeably darker and more morally ambiguous than many contemporary Western series, The Dakotas was eventually cancelled due to the episode "Sanctuary at Crystal Springs", in which Del and JD shoot two murderous outlaws inside a church. Viewers wrote angry letters of complaint, and the network pulled the plug.