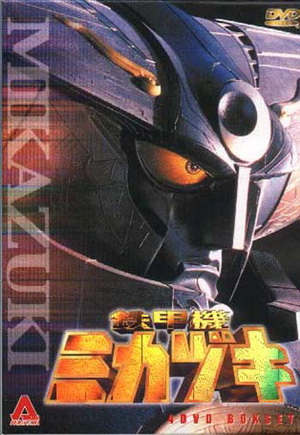 Tekkouki Mikazuki, a 6-episode miniseries produced by Keita Amemiya before GARO, is about a boy called Kazeo that find a Humongous Mecha via Robot Hands.