Series / General and I 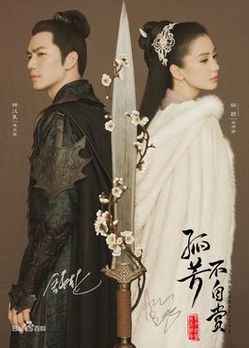 General and I (孤芳不自赏, Gū Fāng Bú Zì Shǎng, roughly "A Lonesome Fragrance Waiting to be Appreciated") is a 2017 Chinese historical romance series starring Wallace Chung and Angelababy. It's based on the novel of the same name by Feng Nong.

Prince He Xia is betrayed by the King of Yan and forced to flee for his life. His maidservant Bai Ping Ting acts as a decoy to draw away his pursuers. She's injured and rescued by Chu Bei Jie, a general of the Jin Kingdom. Bai Ping Ting and Chu Bei Jie fall in love, although they're on opposing sides. Meanwhile, He Xia tries to avenge his parents, and he blames Chu Bei Jie for their deaths.