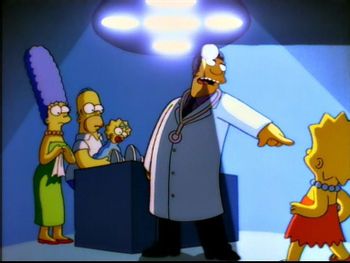 Inspired by reading a series of books about The Babysitter Twins, Lisa decides to become a babysitter — and finds that her biggest challenge is her own brother. Meanwhile, Homer and Marge check out the new outdoor mall.