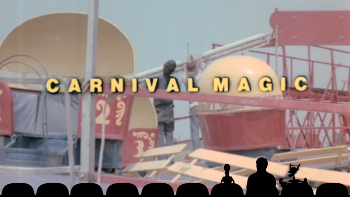 "Hey, title, don't go away. We just got to know you!"
Kinga Forrester: Well, your experiment today is a grimy little tale of a talking ape and the Worst Show on Earth.
Advertisement:

The Sheriff sadly sits atop his car as it's towed away.