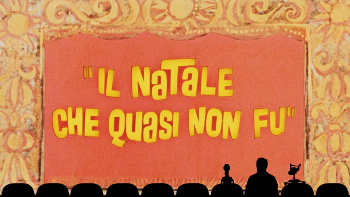 "Either the title card is in Italian, or we're getting nachos."
Kinga Forrester: Now, we've got a real holiday experiment for you: a Christmas movie with all the fun of hiring a lawyer to deal with your landlord.
Advertisement: