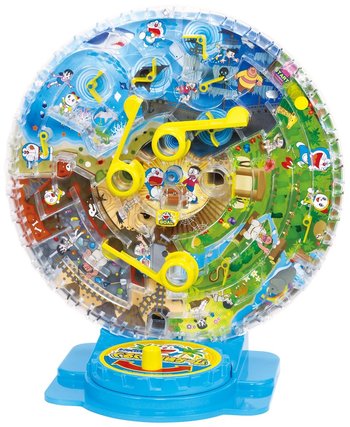 Various Doraemon pinball games have been made over the years. There's only been one full-size table, which was made in Taiwan. There have been some miniature tables, such as Doraemon Battle Dome, Doraemon Baseball Game (based off of 3D Ace), Doraemon Exploration Game Round, and a do-it-yourself paper pinball table included with a magazine. There have also been handheld pinball games, including Doraemon, Doraemon Pinball Game, and Stand by Me Doraemon.

The Doraemon pinballs provide examples of: