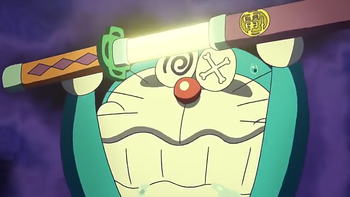 "I will destroy you, thief!"