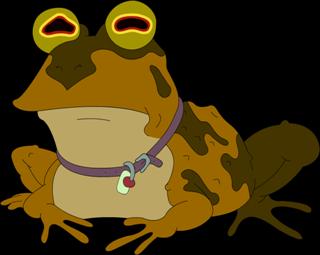 Oh hey what's this thi-ALL GLORY TO THE HYPNOTOAD!
Advertisement:

Not sure if Futurama memes or just nonsense.